Kyle Rittenhouse trial: Man who survived shooting tells court he feared he ‘was going to die’

Kyle Rittenhouse trial: Man who survived shooting tells court he feared he ‘was going to die’ 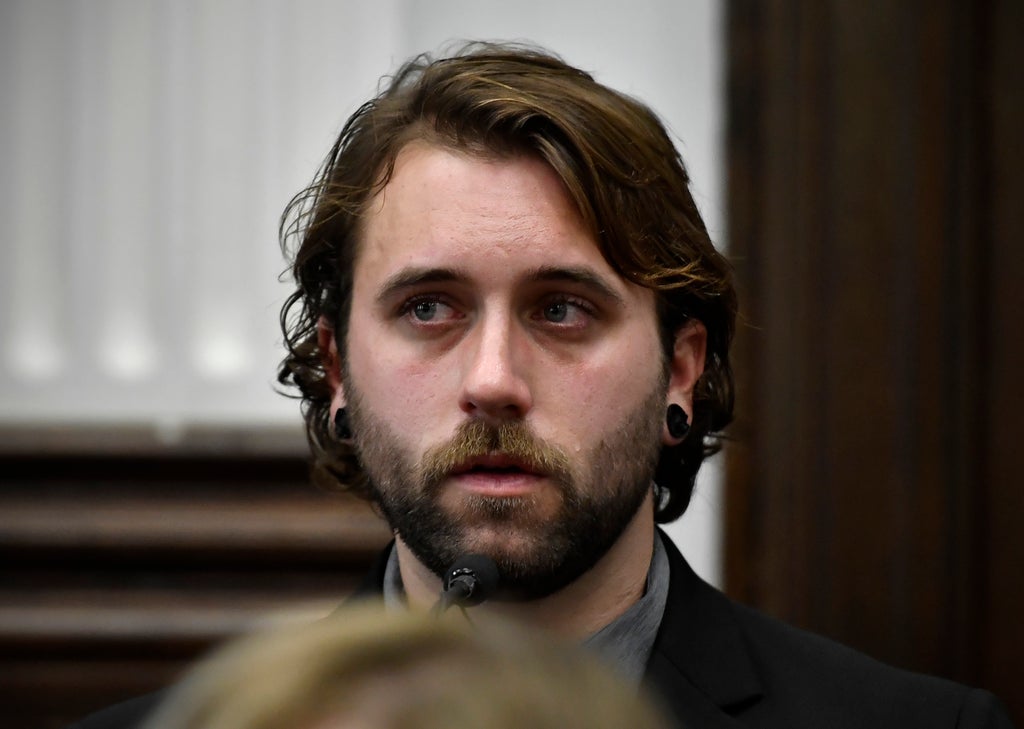 A street medic armed with a pistol told a jury that he watched Kyle Rittenhouse fatally shoot a man in the aftermath of racial justice protests in Kenosha, Wisconsin before he was shot in the arm.

Gaige Grosskreutz appeared in court on 8 November to begin the second week in the double homicide trial for Mr Rittenhouse, who faces five felonies after fatally shooting two men and injuring Mr Grosskreutz on 25 August, 2020. Mr Rittenhouse has pleaded not guilty and claimed he fired his weapon in self-defence.

“What was going through your mind at this particular moment?” prosecutor Thomas Binger asked Mr Grosskreutz.

Prosecutors played video of the shootings to the court showing Mr Rittenhouse firing an AR-15-style rifle at Anthony Huber before firing at Mr Grosskreutz, who said he “was very close to the defendant” and believed there was a “high likelihood that he would be shot himself.”

He said he lost “a majority” of his right bicep and detailed the emergency medical care he received on the street before he was transferred to a nearby hospital and transported by flight to Milwaukee for surgery.

Mr Grosskreutz said he had several other surgeries and spent a week in the hospital for emergency care, followed by several months in physical therapy. He said he has “no sensation” in part of his arm.

Mr Rittenhouse, now 18 years old, was 17 when he fatally shot Mr Huber and Joseph Rosenbaum after police dispersed protest crowds from a Kenosha courthouse into nearby streets during a third night of demonstrations after the police shooting of Jacob Blake.

Prosecutors have sought to show that Mr Grosskreutz was near a crowd of people trying to disarm Mr Rittenhouse, whom Mr Grosskreutz believed was an “active shooter” in the chaos, while attorneys for Mr Rittenhouse have characterised the crowd as a mob chasing after him.

On Monday, attorneys scrutinised seconds of footage surrounding the fatal shooting of Mr Huber and the shot that ripped through Mr Grosskreutz’s arm, and whether he appeared ready to fire his own gun.

Mr Grosskreutz – who mostly turned to address the jury rather than prosecutors and Mr Rittenhouse’s attorneys when answering questions on the witness stand – said that he did not intend to be actively participating in demonstrations and actions while functioning as a paramedic and legal observer during that night’s protests.

He brought with him a tourniquet, QuikClot, chest wound seals, gloves, saline spray, and a gun, holstered in the small of his back, he said. He wore a hat identifying himself as a paramedic.

“I believe in the Second Amendment,” he said. “That night was no different than any other day. It’s keys, phone, wallet, gun.”

Mr Grosskreutz did have a concealed carry permit for the gun, but it expired the day before he was shot by Mr Rittenhouse, which he acknowledged during his testimony.

Mr Grosskreutz testified that he was live streaming from his phone near Ultimate Gas Station when he heard gunshots “a few blocks south” of where he was located.

He “started to hear people yelling that somebody had been shot,” he told the court.

Prosecutors played video from his live stream appearing to show him come close to Mr Rittenhouse and ask, “Hey, what are you doing? You shot somebody? Who’s shot?”

“At that moment, the only thing I was concerned about was finding who had been shot,” he said. “In the moment, I thought the defendant was an active shooter.”

As a group ran towards Mr Rittenhouse in an apparent attempt to disarm him, Mr Grosskreutz said he heard more gunshots, and saw someone jump over Mr Rittenhouse, and then another person swing a skateboard at him.

Mr Grosskreutz said he then put his arms up as Mr Rittenhouse re-racked his rifle.

“After he pointed his rifle at me, I put my hands up,” he said. He told the court he held a phone in one hand and a gun in the other.

“In that moment I was trying to preserve my own life,” he said.

He told the court he did not intend to kill Mr Rittenhouse.

“That’s not who I am and definitely not somebody I’d want to become,” he said. “I spent my time, money and education providing care for people.”

Attorney Corey Chirafisi, who appeared to dispute that Mr Grosskreutz sought a “nonlethal” way to stop the violence, displayed video from the shooting that appears to show him with his arms lowered and gun pointed in the direction of Mr Rittenhouse while he is firing his gun into Mr Grosskreutz’s arm.

Mr Grosskreutz said his arm was “being vaporised” in the photo.

“It wasn’t until you pointed your gun … that he fired,” Mr Chirafisi said.

Mr Grosskreutz also said he did not have any regrets about how the situation unfolded.

Later, he said he did not intend to point his gun in the direction of Mr Rittenhouse, and he would not have approached him at that distance if he intended to fire it.